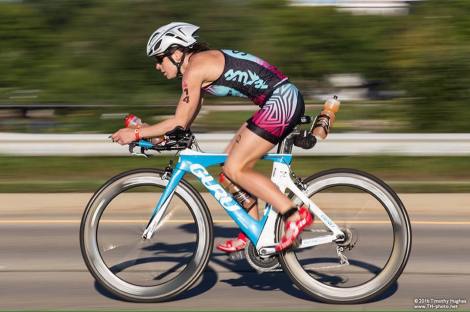 After Vineman 70.3, I felt lost and uncertain about my training and racing. Despite my success at Ironman France, I still felt that 2016 was filled with average races and I truly needed some more successes for my own mental state. I was struggling to find meaning in the work I was putting in day after day. It was about this time that I revamped my fall schedule and decided to race IM Wisconsin and IM Malaysia. Going back to IM Wisconsin, after this being my debut IM in 2008, felt appropriate and exciting, and Malaysia just seemed like an adventure and a trip that I couldn’t imagine regretting.

So this began four months of head down commitment to training and racing. So much so, that I forgot to blog. Looking back now, I actually had started two IM Wisconsin Race Reports, but I had so many emotions after that race, it was difficult to write anything coherent that could come close to expressing my feelings about the race.

IM Wisconsin holds so much meaning for me, not only as my first ironman, but also where I first came to know of Hillary Biscay, which would eventually lead me towards seeking her out as my coach in 2012. Its funny how you look back on events that meant nothing at the time, but had massive impact on your life. Now it’s as if they were always meant to be. If I hadn’t raced IM Wisconsin the year Hillary won, I would have never become a Professional Triathlete, I’m certain.

Thus it was very fitting I guess for me to have a massive breakthrough finishing 2nd. Wow. Closing a 15 minute gap off the bike with a 3:08 marathon. Looks like my 3:05 at IM France wasn’t just luck! I’m still in disbelief and this race alone is enough to fuel me for another season.

After Wisconsin, I had about 9 weeks to recover and prepare for IM Malaysia. For me, these might as well have been one week apart. I don’t normally do big races like this so close together and I was concerned about my ability to stay focused. But, my training went extremely well, which gives me hope that I can continue to race frequently in 2017.

The race itself, which was held in Langkawi, Malaysia, was almost identical to how my race unfolded at Kona 2014. The heat and humidity on Langkawi is incredible and I began feeling hot some time during the swim, this only got worse once I was out on the bike. All things considered, I was very happy with my swim and bike, although in hindsight I believe I overdid it during periods of the bike ride which I ended up paying for during the run. At mile 16, I couldn’t handle the stomach pain any longer and began throwing up and at this point I knew it would be a long ten miles to the finish.

Obviously, this was not the result I was looking for in Malaysia, but it’s hard to be upset as the trip itself was so much fun. Also in a sick way I like having races like this occasionally so I can prove to myself that I am mentally strong. It’s difficult to devote so much of your life to triathlon only to have a poor result and it’s comforting to know that I still have confidence in myself and feel excited about racing in 2017. I can take away the good moments in Malaysia, learn from my mistakes, and let go of everything else.

So now it’s onward to 2017. I have quite a few goals I need to check off my list and I’m excited to see what’s ahead.